Miocene deposits of the Most Basin – treasure among Czech sedimentary archives

Overburden of the coal seam in the Most Basin seems associated with troubles related to coal mining rather than research work. The overburden offers, however, a unique opportunity to learn on the environment after ceasing coal formation in that basin, which was a part of climate evolution before its Miocene optimum, during which the temperatures were by 10 °C larger and precipitation about double compared to the present Czechia. Within this optimum the Antarctic ice sheet shrunk considerably. Understanding to triggers of that warming, yet unclear, can be achieved actually by study of the geochemistry of the overburden of the coal seam in the Most Basin. The overburden is seemingly a monotonous grey mud, but its geochemistry (composition) reveals variable impact of Milankovitch cycles as well as abrupt environmental changes. The Most Basin sediments have been studied and dated by chemo-, cyclo-, and magneto-stratigraphy. 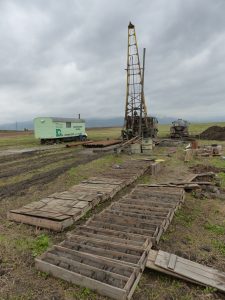