Bohumil Štíbr was one of the most significant and respected inorganic chemists. He completed his studies in 1962 and he worked at the Institute of Inorganic Chemistry of CAS since then. As a founding member of unique Czech school of borane chemistry, which still works at this institute, he has mentored several generations of current experts in this field. He spent 25 years as a head of this department.

During his career, he has helped czech chemists to build their reputation abroad and he laid the foundation of international cooperation which is active until today. Bohumil Štíbrs work resulted in more than 150 scientific publications.

"He successfully increased the quality of czech inorganic chemistry." Mentioned Bohumír Grüner of the IIC CAS. "Among other things, he has helped to organize first ever conference on boron compounds, which led to establishing of the World boron community. This conference in now traditional and we already had 16 of them."

For his long-lasting efforts in building international scientific network he was honored with Humboldt Foundation Award in 2001. He received Czech Academy of Sciences Prize of outstanding results in research in 2006, which are inspiring to the chemists until today.

The complete article on the web of CAS is here.

Medal from the president of CAS Eva Zažímalová and the vicepresident of CAS ČR Ondřej Beránek received the director of IIC Kamil Lang (middle) in memoriam for Bohumil Štíbr. 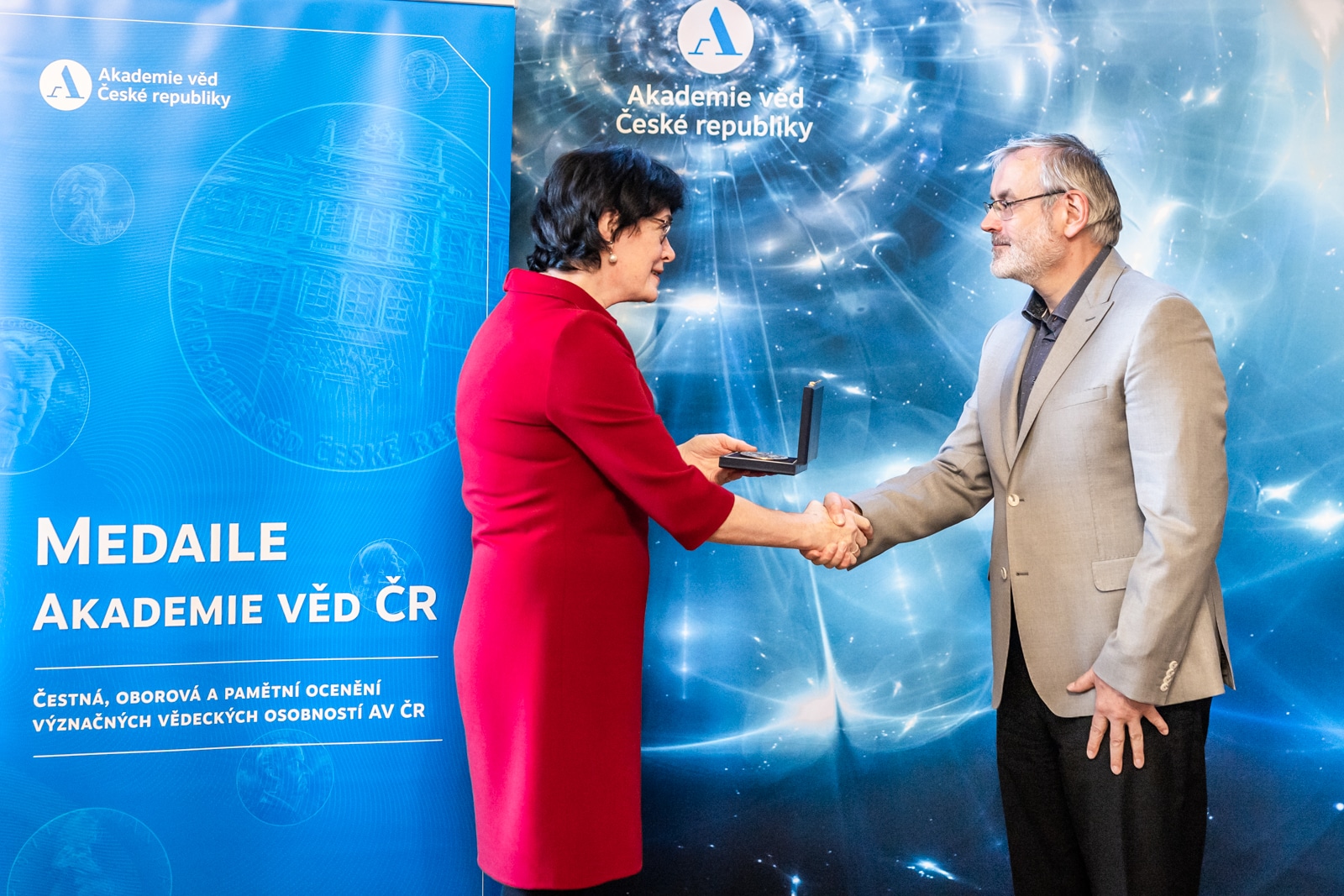 The IIC director Kamil Lang is receiving the medal from the president of CAS Eva Zažímalová. 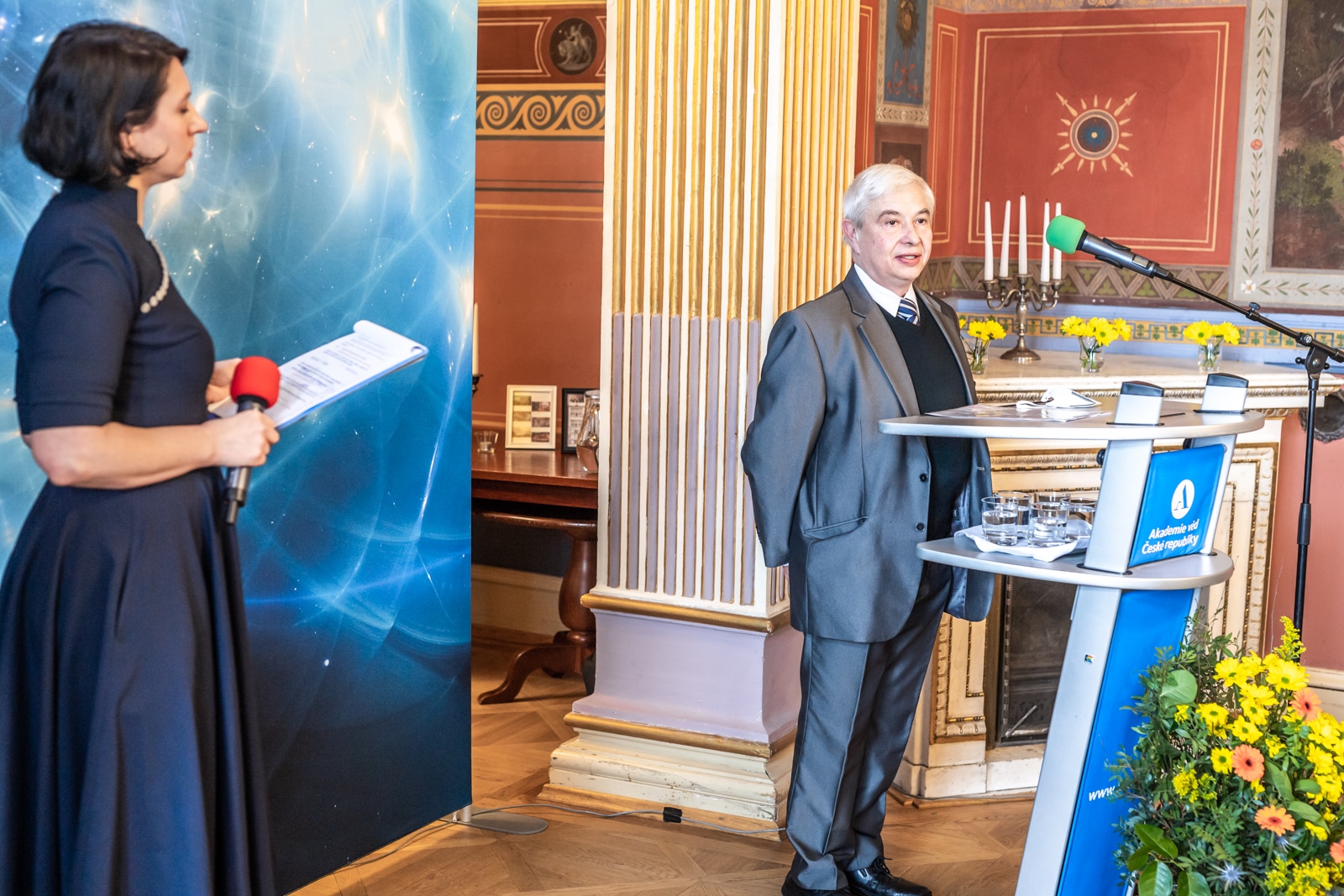 Head of the Department of Synthesis Bohumír Grüner.